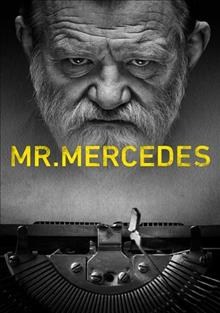 Was excited to watch this series. Have read the Hodges triology. Big S.K. fan.
This 3rd season was a great disappointment.

I don't advise watching it because it's a waste of time.

The only characters I cared about ( in this order) were:
Holly, Jerome, Bill, Lou.

I have to say that Kate Mulgrew gave a great performance although she was given the most gory stuff which was making me physically ill.

She ain't no captain Janeway this time around!! But deserves credit for portraying a character outside her norm. Well done!

The storyline is over the top. Too much gratuitous( and grisly) violence, as well as gratuitous sex, swearing and bad script writing.

IMHO, when characters are constantly swearing in every line, and there is continuous , pointless violence and sex for no reason, well... it just seems like lazy writing.

As if the script writers don't know what the heck they are doing so they just throw it all in. It's not sophisticated or thoughtful dialogue .

Holly is the character I cared about the most- she had some very sweet and tender scenes, but sadly, there was a lovely storyline about her that

all of a sudden was dropped and then hastily ended later.

There was a real chance for the writers to play out what they had started but they completely dropped the ball on it . It was obvious to me that they slapped an ending on it just to get it over with.

I wish they would have given more attention to Jerome . His character is one of my favs and Jharrell Jerome , the actor who portrays him, is a wonderful actor. Why did they put him in the background?

Was liking Lou's character in the beginning but something seemed to derail and I lost interest.