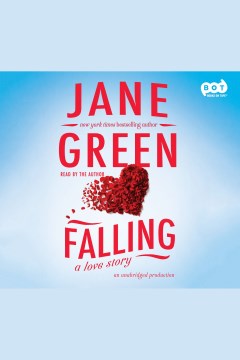 "The New York Times bestselling author of The Beach House, Jemima J, and Summer Secrets presents a novel about the pleasure and meaning of finding a home--and family--where you least expect them... When Emma Montague left the strict confines of upper-crust British life for New York, she felt sure it would make her happy. Away from her parents and expectations, she felt liberated, throwing herself into Manhattan life replete with a high-paying job, a gorgeous apartment, and a string of successful boyfriends. But the cutthroat world of finance and relentless pursuit of more began to take its toll. This wasn't the life she wanted either. On the move again, Emma settles in the picturesque waterfront town of Westport, Connecticut, a world apart from both England and Manhattan. It is here that she begins to confront what it is she really wants from her life. With no job, and knowing only one person in town, she channels her passion for creating beautiful spaces into remaking the dilapidated cottage she rents from Dominic, a local handyman who lives next door with his six-year-old son. Unlike any man Emma has ever known, Dominic is confident, grounded, and committed to being present for his son whose mother fled shortly after he was born. They become friends, and slowly much more, as Emma finds herself feeling at home in a way she never has before. But just as they start to imagine a life together as a family, fate intervenes in the most shocking of ways. For the first time, Emma has to stay and fight for what she loves, for the truth she has discovered about herself, or risk losing it all. In a novel of changing seasons, shifting lives, and selfless love, a story unfolds--of one woman's far-reaching journey to discover who she is truly meant to be
"Eight years ago, Emma Montague left behind the strict confines--and rather dull boyfriend--of her upper-crust English life and moved to New York City, where she immediately found success in finance. But her soulless, cutthroat, all-consuming job was another life she didn't want. Answering an ad on Craigslist, Emma finds a tiny beach cottage in the small town of Westport, Connecticut. It needs work--lots of work. But it's the perfect project to satisfy Emma's passion for interior design and gardening, if her new landlord, Dominic, is agreeable to the small changes she yearns to make. To Emma, Dominic himself is somewhat of a fixer-upper. A local handyman with a six-year-old son, he's a world away from the men she should be interested in, but he's comfortable in his own skin, confident, quiet, and kind. And slowly, over a shared garden, time spent with his son, and late-night conversations, Emma finds herself falling for Dominic... From friends to lovers happens as naturally as the changing seasons. But setting down roots doesn't come easily when two lives as different as their own merge into one. And Emma will realize that the seeds of happiness must be nurtured and cherished to grow into something strong enough to shelter all their hopes and dreams.."-- Provided by publisher.
Publisher: New York :, Berkley Books,, 2016
ISBN: 9780735285729
Characteristics: 1 sound file : digital audio file,rda
Additional Contributors: OverDrive, Inc. - Distributor